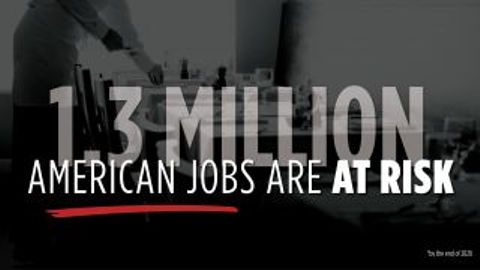 “Bottom line: the travel and tourism sector is projected to lose 4.5 million jobs by the end of the year, and the longer Washington waits to act on another relief round, more of those will be gone permanently,” said U.S. Travel Association President and CEO Roger Dow, whose organization co-founded COVID RELIEF NOW. “Lost travel jobs are not red or blue—they're in every congressional district in every corner of the country. It should not be a big political Rubik's cube for the two parties to come together and get this done.”

In a recent letter sent to Congress, the coalition highlighted the millions of jobs, small businesses, and vital government services that are on the line. The letter stated, “If Congress fails to act, millions of employees will be furloughed or terminated; millions of unemployed Americans will lose their unemployment insurance pandemic benefits; hundreds of thousands of companies will be at risk of closing their doors forever; and the vast majority of state and local governments will have to curtail critical services in order to balance budgets due to a decline in tax revenue.”

U.S. Travel Association is the national, non-profit organization representing all components of the travel industry that generates $2.6 trillion in economic output and supports 15.8 million jobs (pre-pandemic). U.S. Travel's mission is to increase travel to and within the United States. Visit ustravel.org.