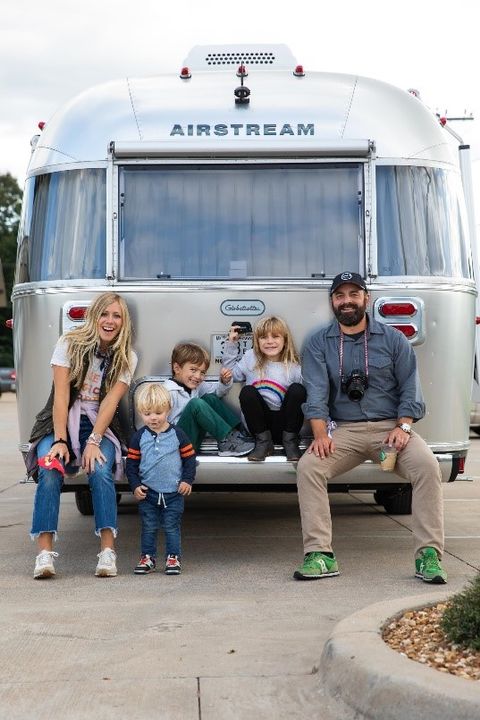 NASHVILLE – October 12, 2020 – The Tennessee Department of Tourist Development kicks off its busiest travel season with a new campaign aimed at protecting the health of visitors and residents. The “For the Love of Tennessee, Travel Safe” initiative reminds residents to play—but play it safe—by exploring the state's unmatched scenic beauty, outdoor activities, urban centers and charming small towns while following key safety guidelines like mask-wearing, social distancing and sanitization. The campaign, produced in partnership with advertising agency VMLY&R, launched today and will run through December with TV, print, digital, radio and billboard ads showcasing the many ways residents and visitors can travel safely throughout the COVID-19 pandemic.

As part of the campaign, Tennessee natives and singer-songwriters Drew and Ellie Holcomb hit the road for an epic 1600-mile R.V. trek throughout the state with their children, exploring hidden gems and natural wonders where social distancing is effortless and expected. Drew and Ellie also wrote new music while on the trip, inspired by the state's sights and sounds, which will release as part of the campaign. The Holcomb family adventures feature safe dining and activities in communities including Chattanooga, Kingsport, Lynchburg, Memphis, Nashville, Paris, the Smokies and more, several Tennessee State Parks and the U.S. National Park's Obed Wild and Scenic River in Wartburg. Their adventures will debut in a 4-part web series starting Wednesday, October 21 via @TNvacation on YouTube, Instagram and Facebook. New episodes will debut weekly. Drew Holcomb and the Neighbors' song “Tennessee” serves as the soundtrack to one of a handful of ads scheduled to air this fall.

“We had the time of our life teaming up with Tennessee Tourism for a week-long adventure to highlight the many beautiful destinations to safely explore. Tennessee has always been home to me and now it is to my family, and I am excited for the great memories we will continue to make in this great state,” said Drew Holcomb.

Tennessee tourism was on a record track in the first three months of 2020. The pandemic is the single largest crisis to hit the industry and halted a decade of growth for Tennessee. According to U.S. Travel, travel spending in Tennessee declined 87 percent in April and the industry could experience losses between 35-45 percent statewide in 2020. While the state is beginning to see gains as visitors resume travel, the recovery is slower in some parts of the state.

As the state's second largest industry, restoring tourism in a safe manner is critical to restoring the lives and livelihoods of Tennesseans. Revenue generated from tourism in Tennessee generates jobs, economic growth and supports critical services like education and healthcare. In 2019, visitors in Tennessee generated a record-high $23 billion in travel spending and $1.92 billion in state and local tax revenue.

Follow @TNvacation on social and share the journey using #madeinTN and #loveofTN, or visit www.fortheloveofTN.com for more details on how to travel safely in Tennessee.

A Nashville-based singer/songwriter known for his rich voice and literate folk-based
material, Drew Holcomb jumped from promising solo act to successful bandleader when he
formed Drew Holcomb & The Neighbors in the late-2000s. Along with his wife, fellow singer/songwriter Ellie Holcomb, Drew and his group established themselves as a passionate and popular Americana act, finding chart success with albums like 2013's Good Light, 2015's Medicine, and 2019's Dragons. Born in Memphis, Tennessee, Holcomb grew up listening to his father's collection of classic singer/songwriter albums of the 70s - including titles by Bob Dylan, Carole King, and James Taylor - and he gravitated toward their musical influence. Holcomb's interest in music grew as he attended the University of Tennessee in Knoxville. After marrying Ellie Holcomb, the couple settled in Nashville where they currently reside with their three children Emmylou (7), Huck (5), and Rivers (2). In addition to his successful recording and touring career, Holcomb is the founder of Chattanooga's Moon River Music Festival, held annually in Coolidge Park as well as Magnolia Record Club, A Vinyl Record Subscription Service. Most recently, Holcomb has partnered with others including Peyton Manning, Andy Roddick and Jim Nance for the release of a new top-shelf whiskey, Sweeten's Cove. Holcomb's music has been featured in over 75 TV shows and national ads, including Nashville, Pretty Little Liars, How I Met Your Mother, and Parenthood. The band's work has been featured by NPR, Rolling Stone, Entertainment Weekly, Billboard, and more.

About the Tennessee Department of Tourist Development

Tennessee is the home of the blues, bluegrass, country, gospel, soul, rockabilly and rock 'n' roll-delivering an unparalleled experience of beauty, history and family adventure, infused with music that creates a vacation that is “The Soundtrack of America. Made in Tennessee.” In 2019, Tennessee's tourism industry generated $23.27 billion in economic impact, more than $1.92 billion in state and local tax revenue and 195,000 tourism-related jobs. Explore more at tnvacation.com and join other Tennessee travelers by following “tnvacation” on Facebook, Twitter, Pinterest, Instagram and YouTube or “Tennessee” on Snapchat.