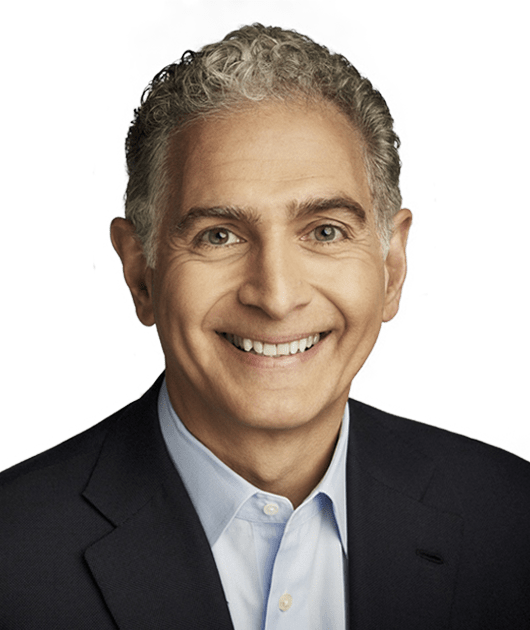 END_OF_DOCUMENT_TOKEN_TO_BE_REPLACED

Mark S. Hoplamazian was appointed to Hyatt Hotels Corporation’s board of directors in November 2006 and named the company’s president and chief executive officer in December 2006.

Prior to being appointed to his present position, Hoplamazian served as president of The Pritzker Organization (TPO), the principal financial and investment adviser for Pritzker family business interests. During his 17-year tenure with TPO, he served as adviser to various Pritzker family-owned companies, including Hyatt Hotels Corporation and its predecessors. He previously worked in international mergers and acquisitions at the First Boston Corporation in New York City.

Hoplamazian was appointed to the VF Corporation board of directors in February 2015, and serves on the advisory board of the Chicago Booth Council for the University of Chicago Booth School of Business, the executive committee of the board of directors of World Business Chicago, and the board of trustees of the Aspen Institute and of the Latin School of Chicago. Hoplamazian is a member of the World Travel & Tourism Council and the Commercial Club of Chicago. He also is a member of the Discovery Class of the Henry Crown Fellowship.