The Impact of Currency Value on Travel Decisions

The Impact of Currency Value on Travel Decisions 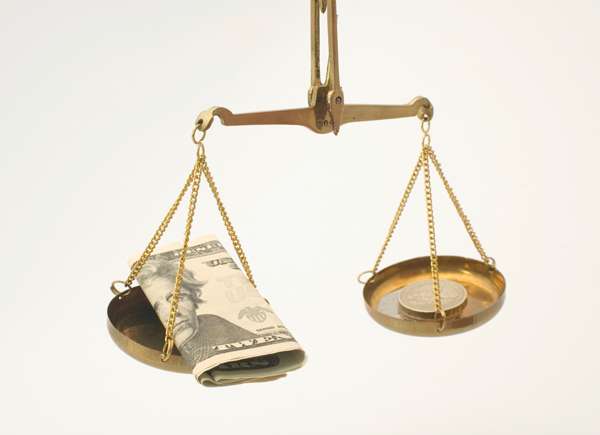 With the dollar’s continued strength in 2015, a vacation in the U.S. is a more expensive proposition than in the recent past. While some travelers will choose to go elsewhere as a result of currency exchange value, others will make tradeoffs to visit the destination of their choice. Brand USA surveyed travelers to gain a better understanding of the dynamics around currency impact – the threshold at which currency values would cause travelers to change plans and what travel components were likely to be affected.

For many markets surveyed, even a slight decrease in the currency value could result in changes to their travel plans. Travelers from Canada, Australia and France stated that even less than a 5 percent change in the currency value would impact their travel decisions. Canadian travelers were most sensitive to currency devaluation – 31 percent stated that a less than 5 percent change would impact their travel plans. A 10-to-14 percent devaluation seems to be the threshold for most of the other markets. Brazilian travelers seem to the least phased by currency devaluation with 36 percent stating that there would need to be a 25 percent or more devaluation in currency for travel decisions to be impacted. One reason that Brazilian travelers tend to be more tolerant of larger currency changes is the high cost of consumer goods in Brazil. Brazilians are often able to obtain better prices on goods like clothing and electronics when they travel.

Though currency value sensitivity differs significantly around the world, all markets ranked the travel destination as the most likely aspect to change due to currency devaluation. Roughly half of travelers from Japan, Korea, China and Canada stated that they likely would change their travel destination. As Canadian travelers are value sensitive and nearly half will change a destination due to currency, the impact of the dollar’s current strength will likely be strongest in Canada. Of the markets surveyed, French, German and Indian travelers were slightly less inclined to change their destination. Indian travelers often travel to visit friends and family or to attend events (weddings, graduations, reunions, etc.) and, therefore, the destination is set. German and French travelers often have longer planning cycles and the destination decision is therefore set far in advance.

Travelers who are unwilling to change or are committed to a destination most often opt to cut down on local spending. These travelers may decide to dine at less expensive restaurants or to spend less on souvenirs and shopping. Thirty-two percent of German travelers and 29 percent of travelers from India and the U.K. ranked local spending as the top in-destination adjustment they would make.

Although flights can make up a big part of a trip’s overall cost, travelers often have fewer options for flight schedules and availability. The only options many travelers have are to select a flight with one or more stops, rather than a direct flight, or unappealing schedules to cut down on costs.

Hotels are an integral part of the overall vacation experience for many travelers and they are less willing to cut their hotel budget. A hotel’s amenities, location and ambience are often at the heart of what people enjoy on their trips. International travelers are likely to have longer stays where the importance of good lodging becomes even more essential.

Currency devaluation will undoubtedly have an impact on U.S. international visitation and local spending in 2015. Destinations with a heavy portion of Canadian visitors will likely be impacted the most. The impact on Mexico is likely to be substantially smaller in comparison. Overseas markets are expected to show a slight deceleration in 2015, with the exception of Brazil. Though Brazil is relatively value insensitive, due to the dramatic change in the dollar’s value against the Brazilian real, as well as overall economic weakness, we expect Brazilian visitation growth to be challenged in 2015.